The LEGO Mindstorms/Ableton project was commissioned by Ableton in 2017. The brief was to build interactive robots using LEGO Mindstorms that can communicate with and control Ableton Live.

Automator uses one of the large Mindstorms motors and a proximity sensor to measure the distance between a moving ball and the sensor. The transport and speed of the motor can all be controlled by clip automation in Ableton Live. The output of the sensor can be mapped to up to four parameters in Live using the Live API. Minimum and maximum values can be set and also inverted. 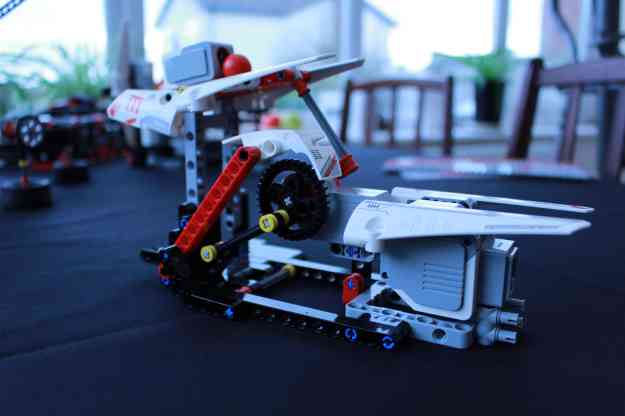 Camera Synth uses the Jitter objects in Max to take snap shots of webcam input of a 16 brick wavetable. This is then converted into a buffer~, essentially acting as a simple wavetable oscillator. Users can create their own wavetable by rearranging the LEGO bricks and placing it under the camera ready for capturing. 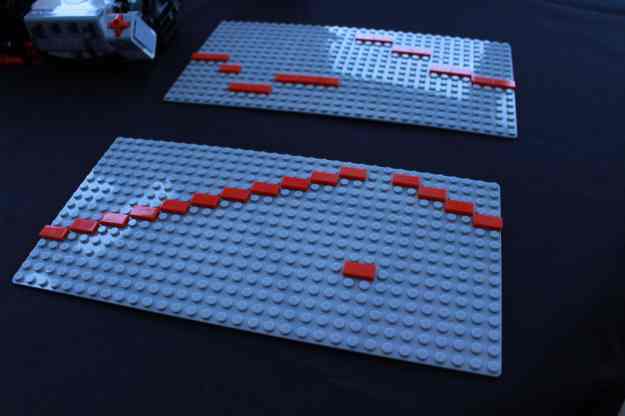 WACK3M is one of the LEGO tutorial builds. It is a version of the Whac-A-Mole arcade game. We built a custom generative chord generator for this which is triggered whenever a strike is detected. WACK3M is free-running, but we have implemented an optional quantiser in the Max for Live device to keep things synchronised. 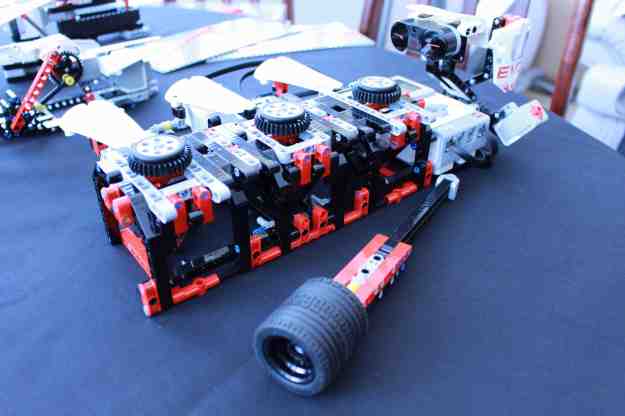 The sequencer is built with one of the large motors to create a rotating melodic step sequencer. The interchangeable red and white feet pass under an RGB sensor to trigger different velocity note hits. The Max for Live device is quantised to a set scale and note range which the triggered hits will iterate through randomly. 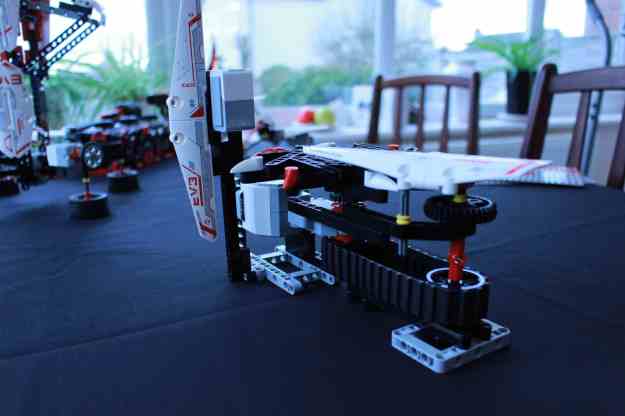 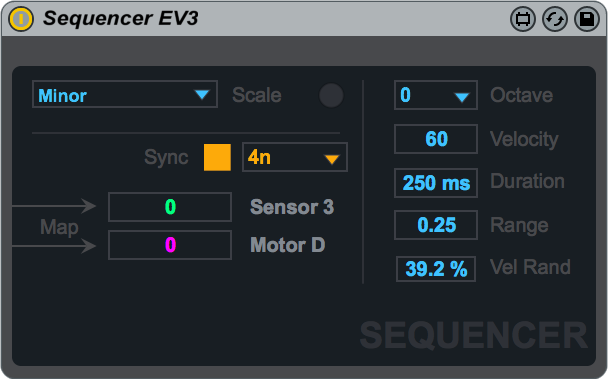 Pendulum uses a proximity sensor at its base to detect the moving weight and send timed pulses to the Max for Live device which converts it to tap tempo information using the Live API. By setting different heights on the pendulum, different tempos are possible. 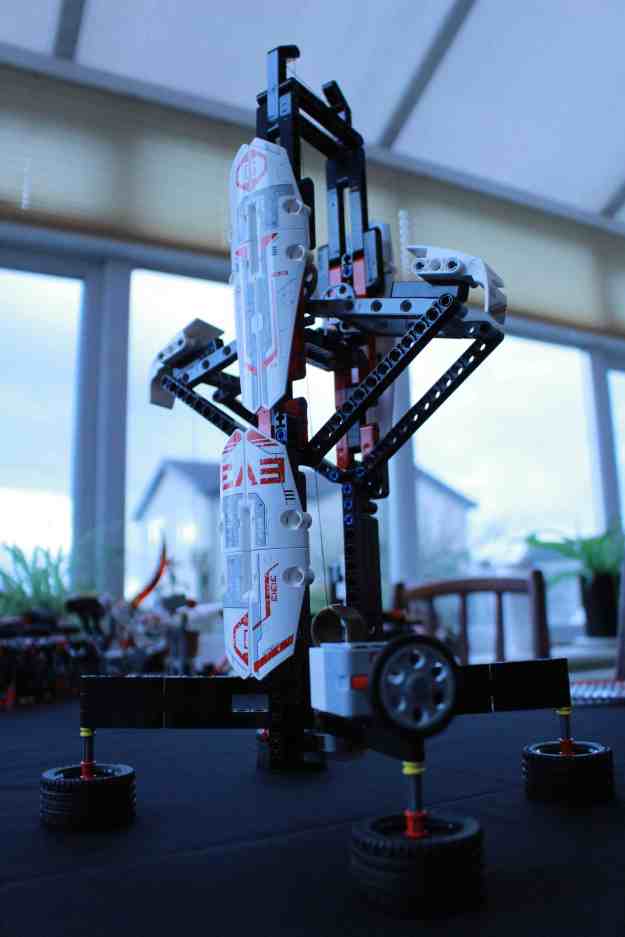 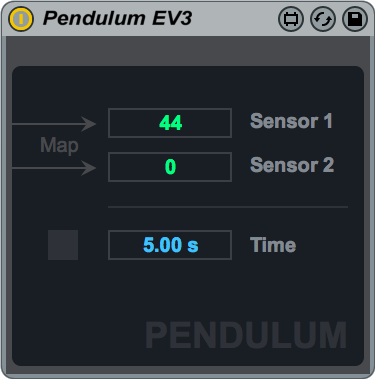 The Theremin was built using two of the Mindstorms Ultrasonic Sensors. They have been configured to work in proximity mode. The distance measured between users hands and the sensors controls pitch and amplitude on the Max for Live device. Pitch can be quantised to a set key and scale or in classic mode where there is no pitch quantisation. 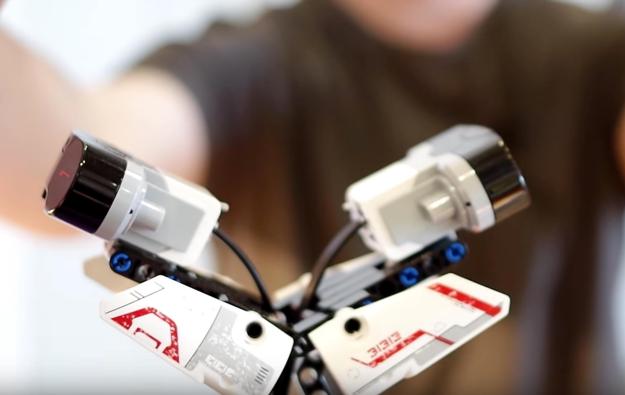 A very special thank you to Andy Jenkinson for the collaboration on this project.